We knew we wanted to get out of town last Saturday, but somehow, by the time we mobilized, it was almost 1 p.m. For normal people, that’s not exactly late, but for a family of five with small children and a baby, that’s getting into dangerous territory when you’re just starting out at 1 p.m. Again, we—I—really needed to get out of Fresno, so we buckled the kids in and headed out. We had to turn back twice for things we forgot, and get gas, so it didn’t really seem like we were supposed to be doing this. We did it anyway.

Our plan was simple: drive to Oakhurst. I don’t really know why, exactly, but it was in the mountains, not too far, and it wasn’t Fresno. When we got there we drove by the house Sarah was born in and apparently it was way crappier than she remembers. I thought the house was fine, but the run-down, dilapidated, meth-hut next to it didn’t exactly add to the charm. We didn’t know what else to do, so we kept driving up the mountain, towards Yosemite.

I’m not sure either of us had an idea of what we’d do when we got up there, but as we started to see the patches of snow increase bit by bit, it became clear: SNOW TIME! The kids were so excited and so were we. Forest. Snow. A frozen pond. Just what we needed. We made it to the park entrance and it was about 3 p.m., but I wasn’t about to pay $20 just for a couple hours in the park, so we headed back down the road a few hundred yards to a nice turn out where there was enough space to get the experience.

It was cold. Of course. Which would have been fine had we planned a trip to the snow. So we began to rummage through our car for extra clothes. Luckily, we hardly ever empty out the car so there were quite a few kiddo clothes littered about. Also, I had procrastinated for a while on dropping off a couple bags of old clothes to Goodwill, so there were a few extra papa shirts to use as extra layers for the kids. AND we hadn’t emptied the car completely out from Christmas even, so there was one box lid that was just big enough for a makeshift sled. We were set.

Obviously, the kids loved it. Yes, the slipping around business was a little scary at first, and Maia was definitely a little too cold and very tentative about maneuvering in the snow, but we all still had fun. Sarah tested out a hill for a sled run and almost sailed into the river. Then we took turns sledding down a short portion of that with each kid. Keana, always the mischief maker, really wanted to throw snowballs, but we convinced her we weren’t quite equipped for a full on snowball war. Eventually our box-top-sled fell to pieces and the kids’ lips turned blue, so we had to call it. But the fun didn’t stop then. As we sat in the car, waiting for Aliya to finish nursing, Maia and Keana went about pretending to wash the windows, gazing out the sunroof, and just play-playing as only kids can. What an amazing gift to make the inside of a car an entirely new world to explore and exploit in the name of fun. I gazed out into the snowy wood and felt more content than I had in weeks.

On the way back down the hill we had a couple meltdowns brought on by lack of food and being tired, and our dinner at Todd’s wasn’t exactly awesome, but that didn’t really matter. We had an adventure. We didn’t plan it and it wasn’t perfect, but we got out as a family and experienced something special. It was Aliya’s first trip to the snow and it was a great Saturday. 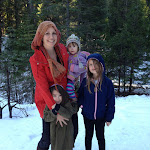 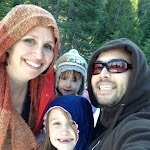 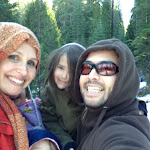 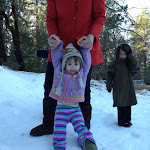 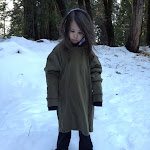 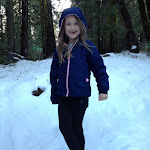 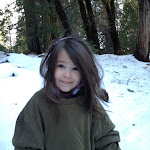 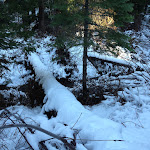 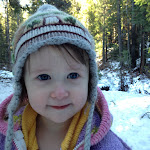 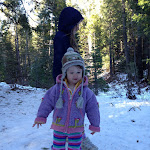 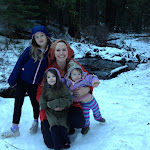 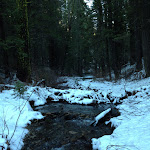 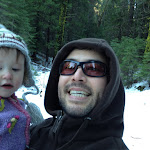 The life and times of…